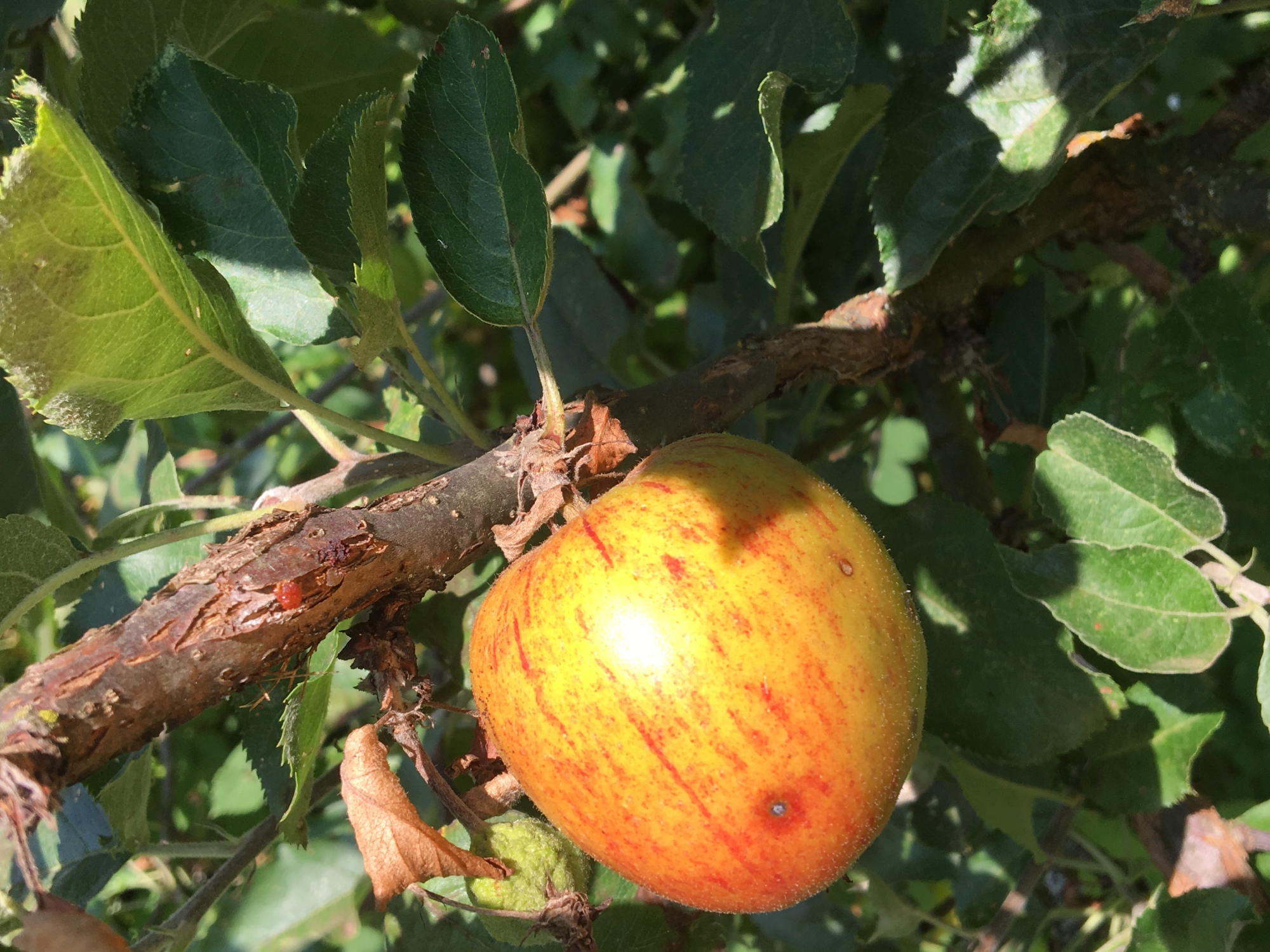 She is eleven and one-half years old, that half-year designation crucial to her pre-teen budding self awareness. She stands between the kitchen and the bathroom, hips slightly tilted as to maintain her balance on the slanted floor of the farm house that, like her, has all but given up hope and is slowly sinking into the silt of age too soon thrust upon them. But not yet… no, not yet. She leans against the counter behind her, the sugar apple in her hands still sunshine warm, fresh from the tree she scaled to claim it, oversized in her child’s palm. It looks bigger if she takes off her owl glasses. Bigger, smaller, bigger, smaller. Glasses on and off until they tangle in her ponytail, waist-length and sunkissed gold-brown in the filtered summer light. She smiles and closes her ocean eyes as the first fresh, sweet bite crunches between her teeth. It tastes of summer, innocence, and freedom.

She smells him before she hears him. He stalks her on a wave of stale Pilsner, rancid middle-aged man sweat, and cheap home-rolled cigarettes. Her eyes fly open. She stops chewing, opossums, and waits. Maybe this time he’ll do nothing if she makes herself invisible. Freeze and flight war within her. Opossum and it will be okay. His lips part in an almost smile under his ever present salt-pepper-paprika coloured moustache and she knows something is coming. He never simply smiles. One weathered cowboy hand snakes out and rests on her low belly, hot on the soft roundness of her body. “When’re ya due?” he taunts, then cackles a laugh that starts out with a rattle and ends in a wheezing cough. She’s lucky today. He walks away pleased with himself. The scorpion poison settles low in her bones as she chokes down the half chewed apple now bitter and curdling on her tongue.